From the Studio to the Stage 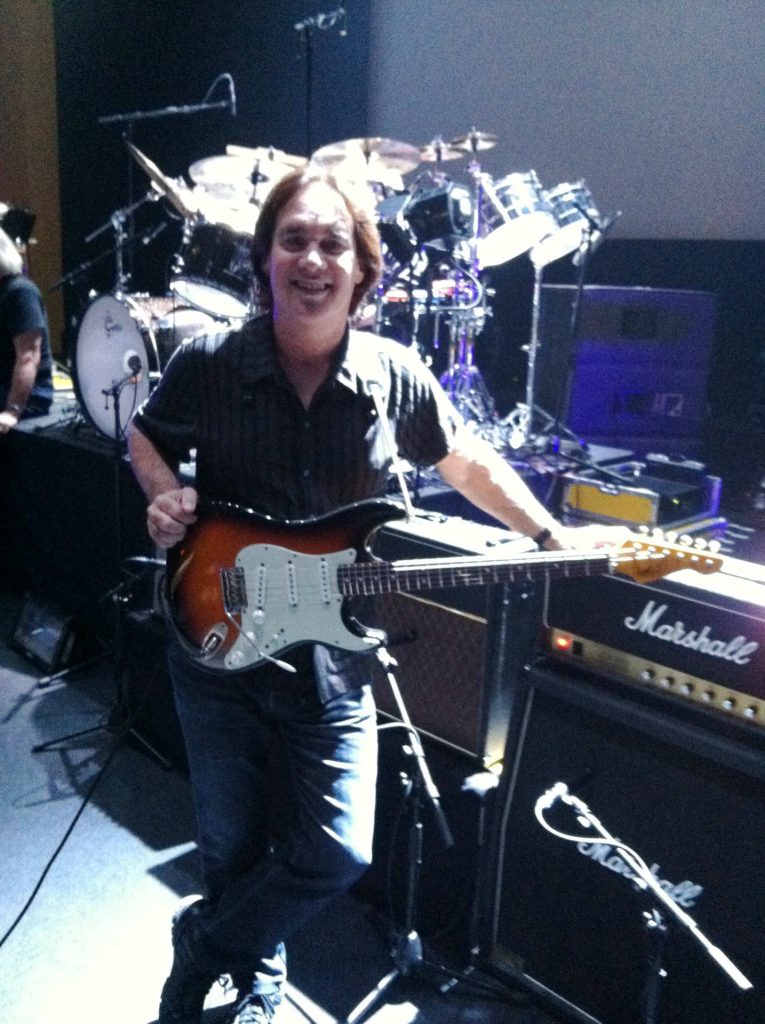 There have been many studio musicians that transitioned from a full time career in the studios to a full time career as an artist. Some of my peers straddled both worlds for a while and eventually ended up on the road. This slow transition eventually eases one out of the daily grind of session work and on to the stage. I fall into that category.
From age 11 on I wanted nothing more that to be a recording artist.I told my youthful girlfriends how my life was going to be: I’d be in town for six months writing and working on and album and the other six months traveling the world. I even landed a record deal with my songs at age 20 and another one at 23 but I turned both of them down to further develop my craft as a guitar player and songwriter.
When I finally signed a record contract at age 32 I was already a member of Supertramp and a full time studio musician. “No Borders” was a successful first record, but when you’re working every day in the studios it’s extremely hard to turn down the work and hit the road. Studio work is fun, challenging and lucrative, and seeing different players every day makes for a nice social environment. It’s hard to beat that as a career. And you get to sleep in your own bed and be home (mostly) in time for dinner.
I made a second album in 1994 called “Garage Sale” but it wasn’t until 1996 and the release of “Slang Justice” that I had made enough of a name for myself that I could finally take the band on tour. The realization that there were people out there, all over the world that knew my music made touring the most addictive thing in my life. Even more than cheese or coffee! I could play a theater 7,000 miles away from home and watch people singing along to lyrics I wrote at my kitchen table 20 years ago. It’s a soul-satisfying sight to see.
That moment when you know there’s no place you’d rather be than on stage in front of a supportive audience is overpowering. It makes you forget about all the high paying sessions you’re missing at home. The transition takes time and income becomes unbalanced for a while. But if you believe in yourself and are true to your musical ideals, you wake up one day realizing you’re living the dream and the life you always wanted! Hard work pays off….