Life on the Road: a Reality Check 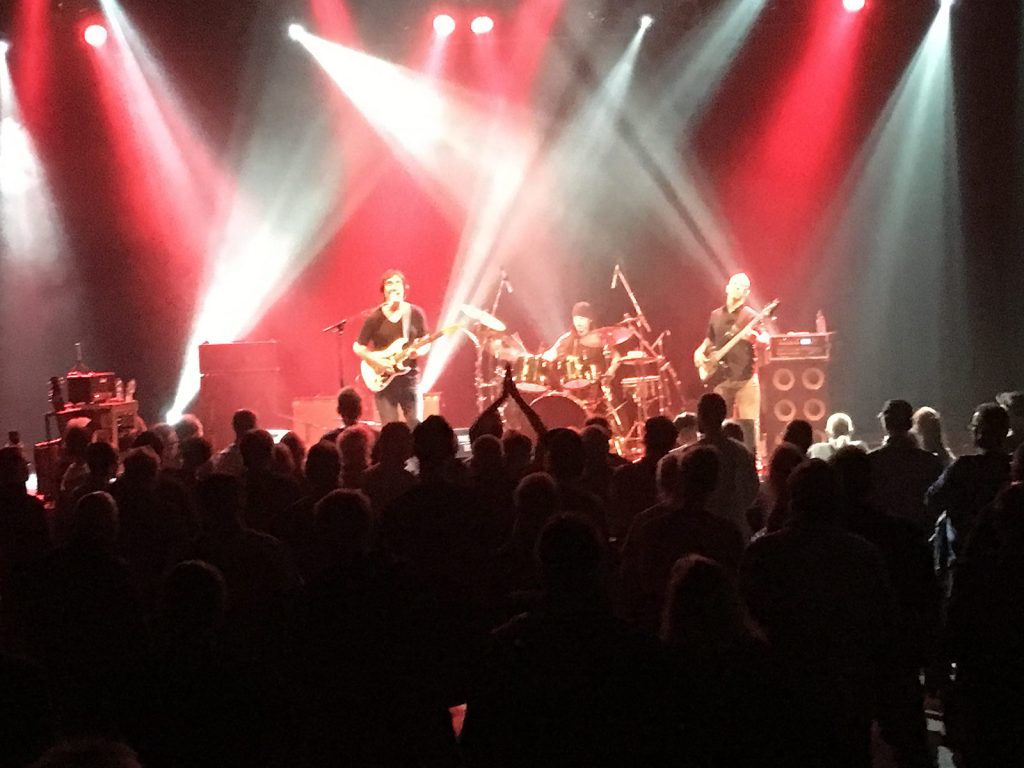 Sometimes in the middle of a long tour I get a little down. Everybody does. I miss my wife, my home and my familiar surroundings like guitars, studio and cappuccino maker. I stare out the window on long bus rides at the trees and the towns and wonder what’s going on 2, 3 or 9 time zones away in my part of the world where home is.
When my son was a little boy I would experience serious heartache when I passed a schoolyard with a gaggle of children running and playing. I wanted to see my own son run and play, but he was many miles away.
Days pass by like the movie Groundhog Day, every day the same. Wake up, eat breakfast at the hotel, drive 3, 4, 5 or 6 hours to the next city, check into the next hotel, sound check, eat dinner and detonate.
But that’s when it all becomes real. At sound check when the band begins to groove on something and I join in, digging how good it sounds. Or when I first fire up my rig and hear how nice it sounds in the empty hall before the audience arrives.
Then later, when you walk out on the stage and hear a sold out crowd applaud because you actually came to their town, you are there in the flesh and tonight is the night they’ve been waiting for. This is the moment that all the heartache and sadness disappears for the rest of the day.
After the show you bask in the high that a few hours of performing at a high level of musical integrity brings. There are fans to greet and old friends to catch up with. It’s another life, far from home, that nobody knows about except the inner circle of the band and a few of the crewmembers.
But the music is the focus. It’s a privilege to be driven from town to town with my only real concern being, “how can I make tonight’s show better than last night?” Backstage after the sound check I often slip into the dressing rooms and use the metronome in my phone to run through lines and difficult sections in the music. I make sure my right hand picking is not getting lazy and that the notes on the low strings have the same tone as the high strings. There are benefits and results of a little warm up time, but for the most part I live in a state of “perpetually warmed-up” on the road. It’s a nice feeling…
So in the end the music and that 2-hour show cancels out all the other hardships of touring, or we wouldn’t be doing it. And every once in a while a transcendent night of playing comes along where you play outside and above your ability, channeling the music and baring your soul. This is what it’s all about!