“Verheyen’s guitar work will blow you away”  Guitar Player Magazine

In his 50-plus years of playing the instrument, Carl has created a wildly successful, multi-faceted career. He is a critically acclaimed musician, vocalist, songwriter, arranger, producer and educator with fifteen albums and two live DVDs released worldwide. Carl is commonly regarded as a guitar virtuoso capable of playing any style of music with remarkable mastery and conviction. He has been one of LA’s elite “first call” session players for the past 38 years, playing on hundreds of records, movie soundtracks and television shows. As a solo artist,  Verheyen has graced the pages of countless industry publications and been the subject of numerous articles chronicling his rise to the forefront of the modern day guitar scene. Carl has won numerous polls and musical honors in the US, Germany, France, Italy and the UK.

A member of the British rock group Supertrampsince 1985, Carl has played to millions of enthusiastic fans in sold out arenas worldwide. As the creative force behind theCarl Verheyen Band, he has released an impressive and eclectic discography that showcases his endless talents across a wide array of musical genres. The CVB tours all over the world and continues to draw fans on the festival circuit as well as theaters and clubs.

A much sought after studio musician, Carl plays on other artists’ CDs whenever his busy schedule permits. He has recorded and played with a virtual who’s who of the music industry. His vast collection of movie soundtrack and television credits is enviable. 67,000,000 people heard Carl as a featured soloist at the 2009 Academy Awards. He is also heavily featured in the documentary film about the electric guitar called Turn It Up!

As an active performer, songwriter, teacher and producer Carl continues to work and practice the guitar everyday.

Carl is one of those experienced, great players that you could put in any situation and get a wonderful guitar solo. I personally love the fact that he enjoys what he does and radiates positive energy whenever I have seen him. 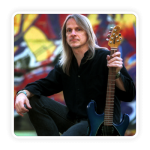 Every time I start to feel good about my playing and general overall knowledge of the guitar, I will get together with Carl and see truly how far I have to go. I am proud to call him my friend. A master of the guitar and a hellava nice guy to boot. 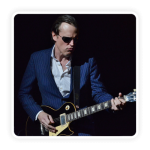 Carl is a true pro and a great player/musician. He can do anything, and as one who is supposed to do this, me (ha-ha), Carl comes through with heart and soul and is really not only an awesome musician but a really good guy. That counts ALOT in this biz, especially these days. I have never heard anyone say anything but “wow, Carl can f-ing play” from anyone I have ever met, and that includes (back in 1927 when I started). He is a REAL MUSICIAN. I see him at the airport on the road with his own band (I can relate) and workin’ it, but yet a guy that few can emulate in the LA studios. I like it when good guys win and have the heart that goes with it. Yo Carl! 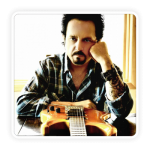 Carl is so overwhelming to sit in a room and jam with, let alone his playing on records and stage. You get the impression there is no style or territory he is unable to explore. 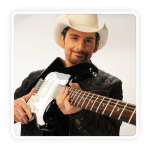 Carl is known as a studio guitar player but he’s much more than that. His records have the great feel of a live player. He plays with a lot of feeling 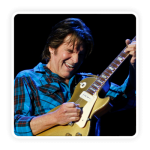 We’ve been friends for many years and Carl has always amazed me with his versatility and technique. He’s a fine player.” 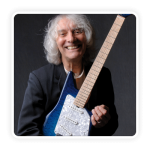 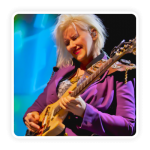 Carl is a great musician that I’ve had the pleasure of jamming with many times. He has amazing technique on the guitar, yet is also really musical. He’s also very versatile and can cover many different styles like rock, blues, jazz and country, and sound very natural in all of them. It’s always fun to jam with Carl. 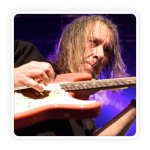 It takes a lot of mojo to be an established LA studio guitarist, as well as an active recording and touring artist and Carl has accomplished both. He’s a distinguished member of an exclusive club. 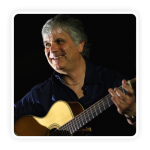 With just a guitar and an amp, Carl Verheyen—with his tasty lines and powerful solo arrangements—can blow people’s minds more effectively than many great guitarists backed by entire bands 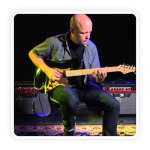 Carl is a remarkably well-rounded guitarist who has been captivating audiences for over two decades, whether they knew it or not. His voluminous credits in major movie sound tracks and TV underscore have proven his expertise and versatility in this most challenging medium of studio work while his presence as a band member of Supertramp conveys his ability to function effectively and equally well as a live performer within pop and rock contexts. But it is his output as a leader and creative force guiding numerous Carl Verheyen solo projects that has assured his place in the pantheon of guitar greats of the modern era. He possesses one of the most distinctive voices on the instrument complemented by tremendous skills in song writing, arranging, singing and record production”

Carl is a true A-list musicians’ musician who inhabits the uppermost stratosphere of the guitar heavens. His awe-inspiring playing is endlessly amazing, and his mastery of styles knows no bounds. He is truly one of the best players of our generation. As a member of the GIT faculty, Carl was (and still is) an incredibly professional, conscientious, kind, open-minded, team player, who never failed to inspire the students (and the rest of the faculty!). It has been an honor to have worked with him. 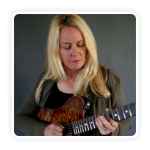 Carl’s mastery of the guitar is obvious, but the most impressive aspect for me is the amount of joy and spirit that comes through his music. He has reached that artistic height that all musicians aspire to, when the technique is transparent and allows the emotional content and purity of tone to take center stage.. 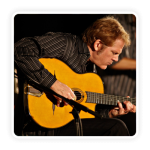