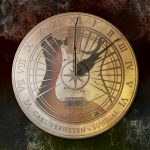 Onew of the best sounding small concert halls in LA is finally opening again on a limited basis. I’ll be playing a “warmup gig” there for the Sundial West Coast Tour which begins 6 days later in Seattle. Bernie Dresel will be playing drums, as John Mader is playing the Hamilton show at the Pantages Theater beginning in August. Multi-instrumentalist Troy Dexter will play keys and guitars along with  CVB cofounder Dave Marotta on bass. Due to pent up demand […]