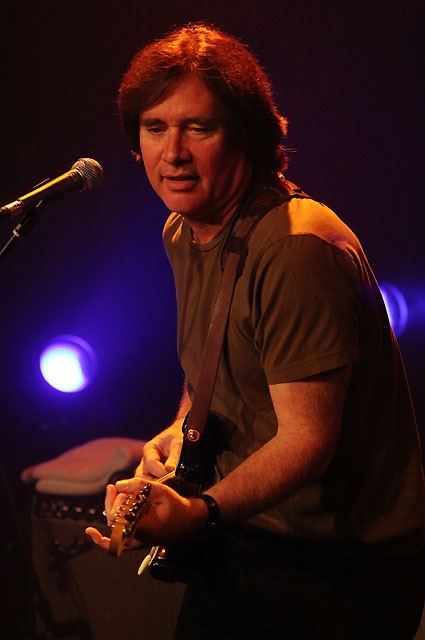 As I put together the universal concept laid out in the CV Academy, I realized that I learned to play the guitar from two completely different angles: From the outside in and from the inside out.
From the Outside In simply translates into INFLUENCES. We start out emulating our heroes and transcribing their music. This is why I have a huge amount of material in my “What I learned from” section. Chapters like “What I learned from Jimi Hendrix” or “What I learned from Kenny Burrell” are my way of showing you those player’s artistic signatures that resonated deepest with me. It’s what I took away from people like Steve Cropper, Eric Clapton, Jeff Beck, Lenny Breau, Duane Allman and many others that shaped my style into what it is today.
But another way I learned to play was From the Inside Out. This describes my Lick Book concept, which is a musical diary I’ve been keeping since 1978. I write down any good musical idea during practice time. A line for C7 or Bbm7 or Ab major. A chord voicing for Db7 using the open B string. A chorus for a new song. A way to get from a low F# on the 2nd fret, 6th string to a high C# on the high E string in the key of F#m. Keeping a Lick Book as I do means there is always something to practice. The musical ideas from the inside…
I’ve never believed in exercises. Why practice meaningless, non-musical finger maneuvers? Why not spend practice time playing things you can use over an Am chord or an E7 blues progression? I believe it’s all about LINES. Put an Am chord in front of Eddie Van Halen, Pat Martino, Albert Lee, Wes Montgomery or me and we’re all going to play the same notes. Either A minor Pentatonic, A Dorian, A Aeolian or the melodic or harmonic minor depending on context and the style of music. But each one of us has a different style and artistic signature. Each one of us plays different LINES.
My CV Academy lessons promote a healthy mix of Inside Out and Outside In learning. I believe you’ll find a whole new way to practice and advance as a guitar player. Check it out!